3.5 million children die from diarrhea and acute respiratory infection in developing countries every year.  Hand washing with soap can prevent these illnesses – it could save 1.2 million of these children.

We’re not talking about an expensive vaccine or a high tech drinking water supply scheme.  We’re talking about the simple act of washing hands with soap.Yet this life saving, low cost act is rarely practiced and difficult to promote.

And it’s not just kids

While child deaths get a lot of attention, and while a lot of materials focus on behaviour change in children, the issue is not confined to children alone.  Data from the World Health Organization indicates that diarrhoea kills 1.1 million people in Africa and Asia.  And hand washing can reduce these deaths by 30%.

And it’s not just developing countries

Think this doesn’t apply to developed nations?   In the United States, for example, over 80,000 people die every year due to hospital acquired infections.  Hand hygiene can lower this figure dramatically.

“The challenge is to transform hand washing with soap from an abstract good idea into an automatic behaviour performed in homes, schools, and communities worldwide. Turning hand washing with soap before eating and after using the toilet into an ingrained habit could save more lives than any single vaccine or medical intervention, cutting deaths from diarrhoea by almost half and deaths from acute respiratory infections by one-quarter. A vast change in hand washing behaviour is critical to meeting the Millennium Development Goal of reducing deaths among children under the age of five by two-thirds by 2015.” 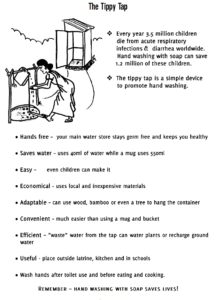 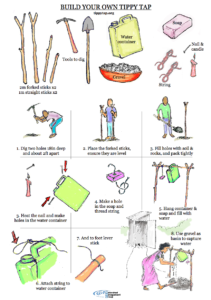